Every day we receive information about serious events that impact us: wars, hunger, slavery, unemployment, violence, exclusion… that provoke the exodus of millions of people. Human beings who flee from pain, suffering and death, seeking refuge.

We are many people who want to act but do not always know how. With this intention is born

“We know hunger, we’re used to hunger: we feel hungry two, three times a day. There is nothing more frequent, more constant, more present in our lives than hunger —and yet, for most of us, nothing further removed than real hunger”.

“Nothing has had a greater influence on human history. No illness, no war has killed so many people. There is  no plague as lethal and, at the same time, as avoidable as hunger”.

Excerpts of the book Hunger by Martín Caparrós

Approximately 811 million people worldwide suffered from hunger in 2020, 161 million more than the previous year, pushing the Sustainable Development Goal (SDG) of ending hunger by 2030 further away, according to the latest annual State of Food Security and Nutrition in the World Report. These dismaying figures are not the only ones. In the same year, 2.37 billion people did not have access to decent food.

According to various sources and reports, the world population has exceeded 7.9 billion people as of March 2022. The FAO, in its reports, states that we produce food for 12 billion. The combination of both figures leads to a conclusion as obvious as surprising: there is enough wealth and resources on this planet for no one to be left behind and for no one to die of hunger.

Perhaps the time has come to force a change in production and consumption patterns. We cannot continue to emit greenhouse gases and we cannot wait for the “Climate Summits” to make commitments that are stillborn. Change will never happen without pressure from citizens, that is, without the responsible protagonism of the people who consume. Because, as we all know, the consequences of climate change are the greatest threat to food security in the world.

We cannot accept an increase in hunger while more than 1 billion tons of food are wasted every year; or while more than 2 billion men, women and children are overweight or obese because they have to eat unhealthy food, increasing the risk of disease and death.

With this data, the questions seem obvious: What are we doing wrong? What is happening to us? Why are we unable to eradicate hunger, poverty and inequality?

Those of us who do not go hungry regard inequality and poverty as inevitable. We have normalized them. We are so used to seeing horror, even when it happens close to us, that we are no longer moved by it. Excessive over-exposure to images, information and –above all– disinformation, lead us to a pernicious effect –the inability to distinguish reality from fiction.

And this is precisely the field of action of the Acampa Movement for Peace and the Right to Refuge, the raison d’être of this network. We gather to reflect, to understand, to seek solutions, or at least, to ask ourselves the pertinent questions even if we do not always find the answers or we do not like them. And we do so by listening to those who work on the ground, or who look at those uncomfortable scenarios to decode them forcing us to see the stark reality that is always closer than we think. In Acampa we believe that citizens have the capacity and the leverage for change; that society as a whole is the only one capable of correcting this deadly drift of the species in the face of the States and Capitalism to which they are subjected. Surely there is no more room for thinking and theorizing about the future we want. But it is not too late –not yet– to have a future. 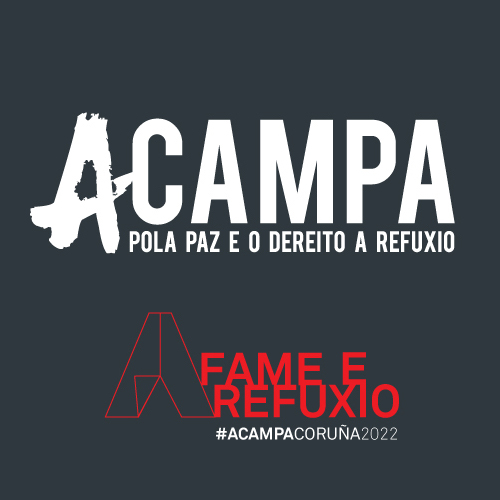 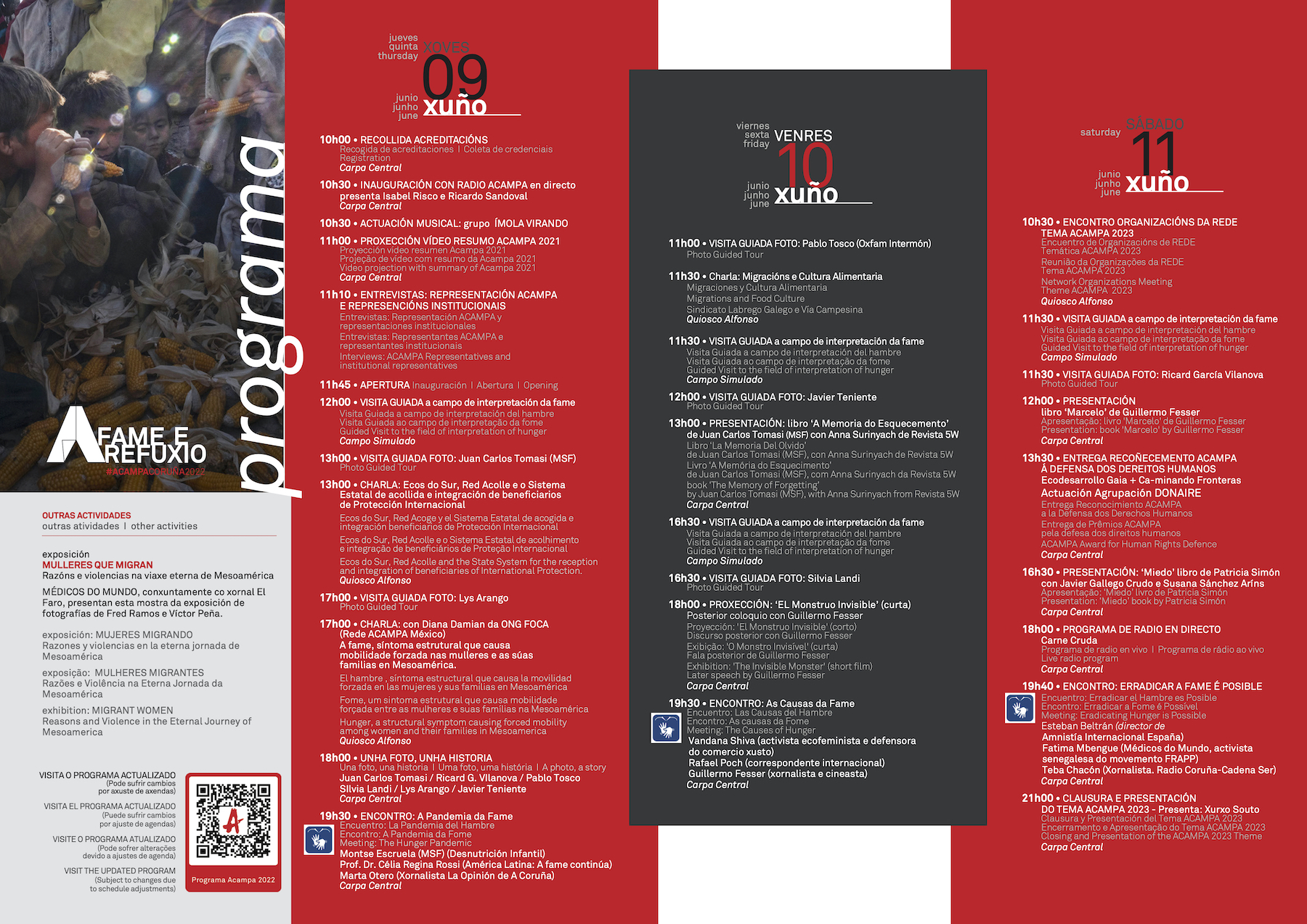 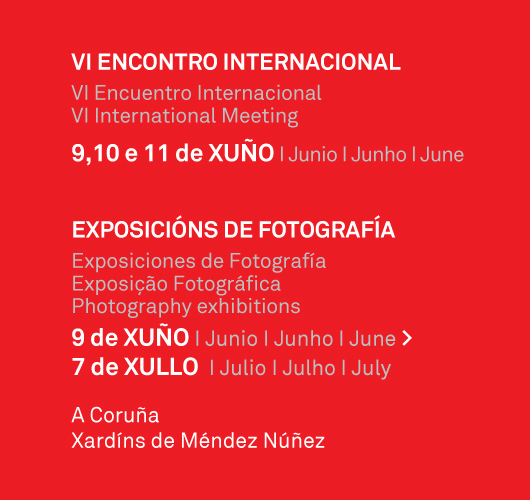 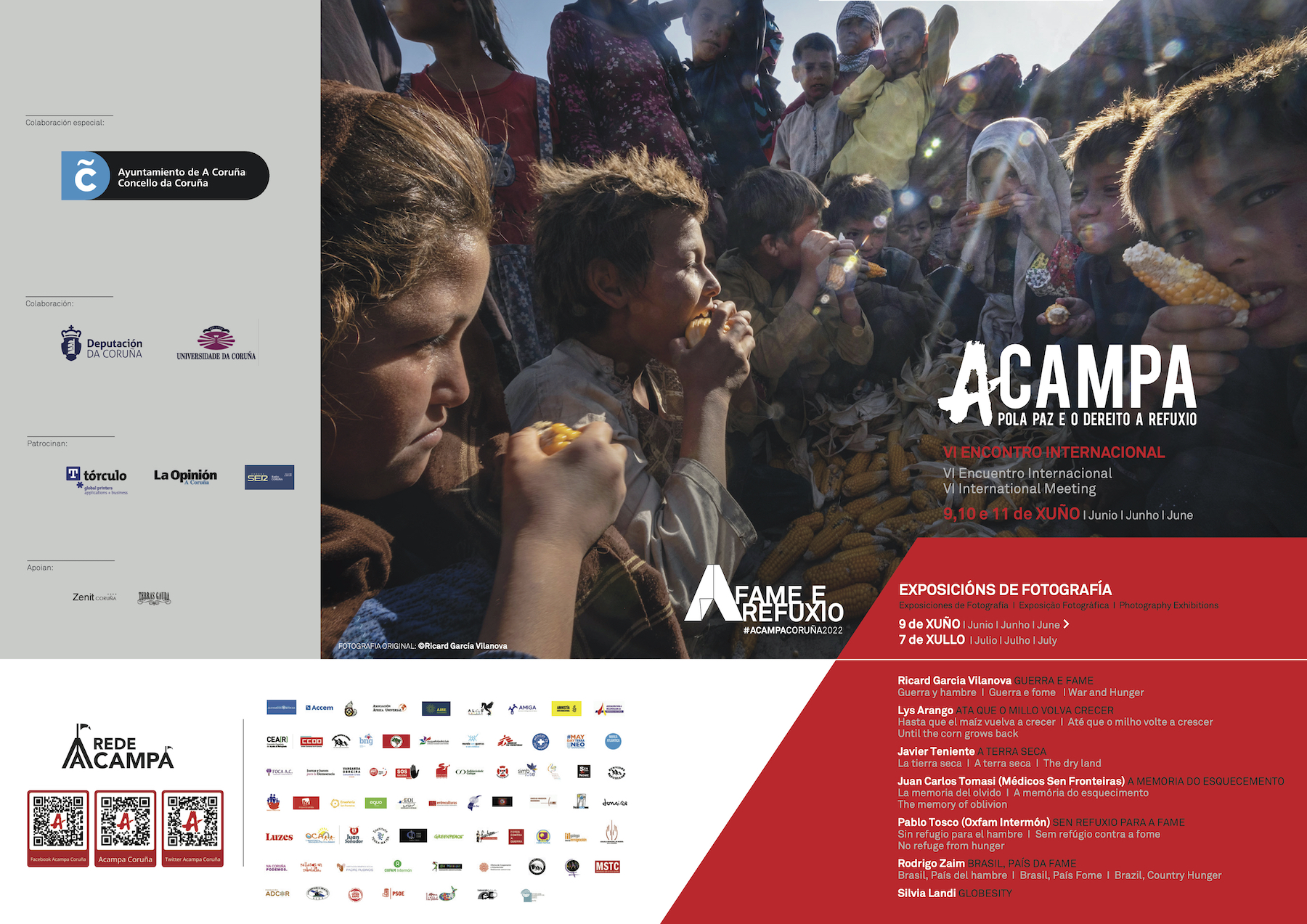 No refuge from hunger

Until the corn grows back

The memory of oblivion 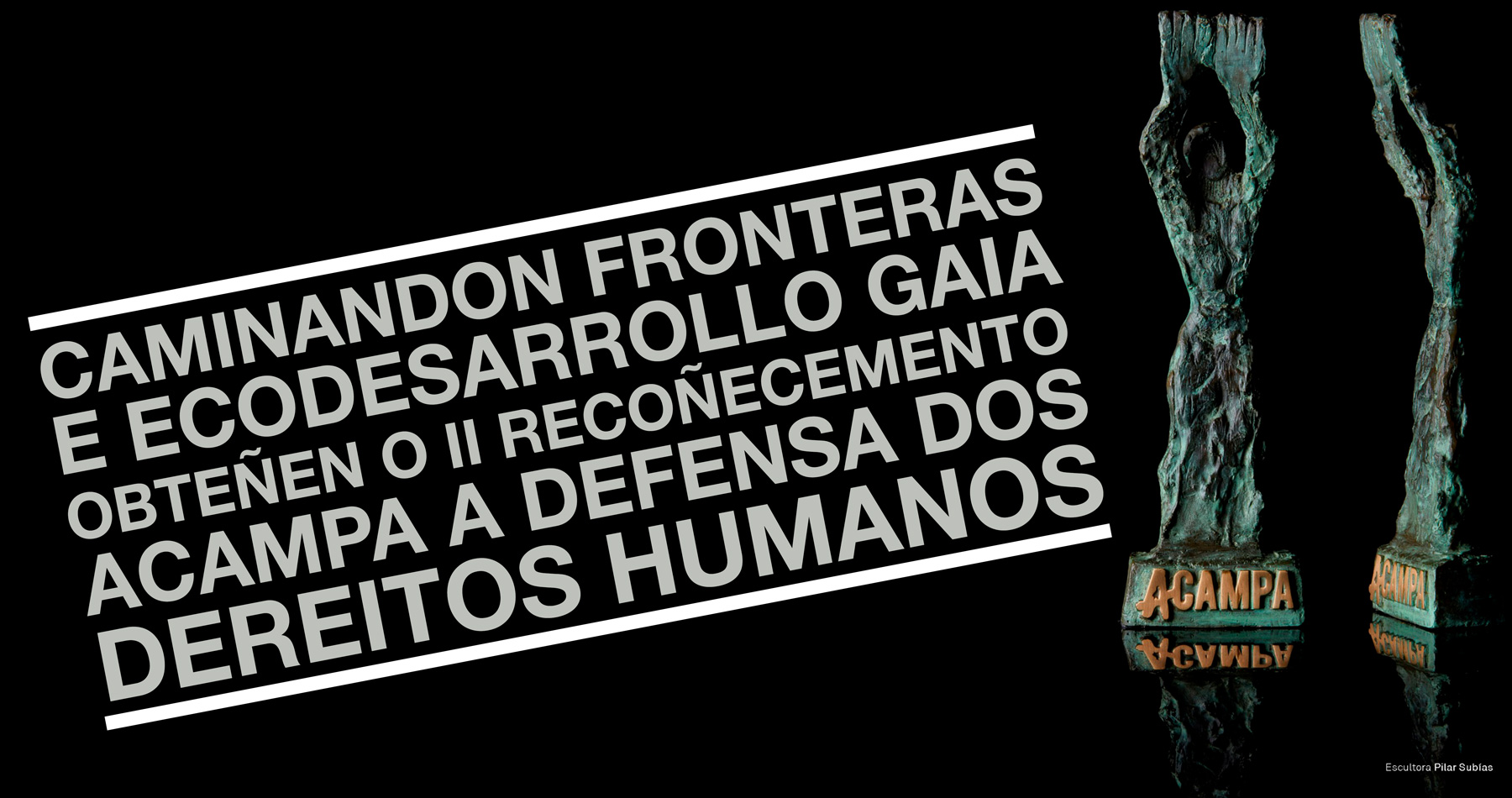 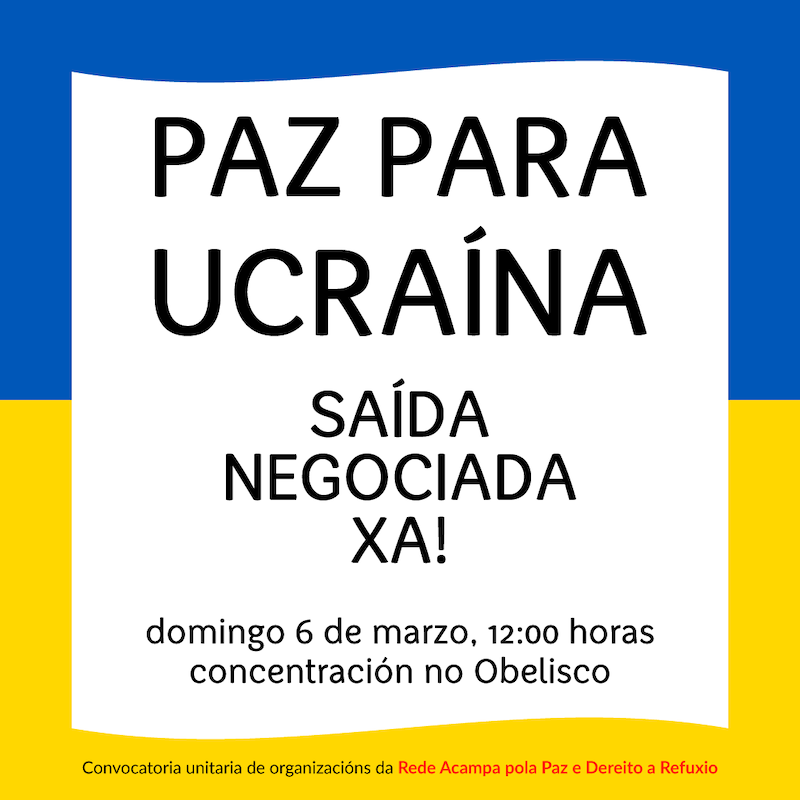 It is a non-profit citizen initiative made up of social, cultural, educational, neighbourhood, political, trade union, artistic and solidarity groups, institutions and companies with social responsibility.

Its objective is to defend human rights, international humanitarian law and the right to refuge. It promotes participation and involvement.

Opens a meeting space to search for answers collectively. It delves into the causes of events in order to contrast the information.

Acampa is a movement that aims to create a network of information, exchange of ideas and initiatives involving about 60 organizations, mainly NGOs; there are also unions, parties and many people who think that unity and joint work are necessary to transform things that we do not like. We can participate as an expression of commitment to peace and the right to refuge.

Calendar of social activity in a Coruña

It is an active citizen meeting in which we have the participation of the protagonists, victims, NGOs, journalists; projections, photography, music, theater, clowns, artistic events of all kinds. Also guided visits to know how a refugee camp is, to better understand the real causes of war.

How can you actively participate?

Making music, theatre, photography, cinema, humour, poetry… If you have a skill you want to participate in or if you have an idea to propose, DO NOT DON’T HESITATE, JOIN!

They sponsor this edition: